Our suggested further reading on Crossroads.

It is quite amusing that many of the authors who write about Crossroads have in their research the standard and quality that they deem the programme to also have – very little.

This accusation however can not be placed at the selection of books we’ve chosen as a ‘further reading’ suggestion below, with a balanced look at the programme from the good, the bad and the wobbly…

Crossroads – The Drama of A Soap Opera 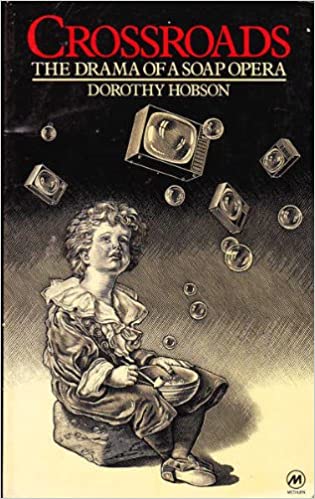 The Dorothy Hobson introduction for her book states:

“Crossroads, one of the most successful programmes on television, has attracted a huge and devoted audience of some 15 million regular viewers. Yet, like many soap operas, it is derided by the press and treated with some distaste by other programme-makers. Indeed despite its popularity, its very future hangs in the balance.

“While doing independent research on popular television in the ATV studios in 1981, Dorothy Hobson observed the storm that developed around the company’s decision to dispense with Meg Mortimer, star of Crossroads. The repercussions of that announcement were immense and highlighted the gulf between the broadcasting authorities, the programme’s critics, the Crossroads production team and the audience.

“Through talking to the actors, the programme controller and the viewing public, she went on to explore the contradictions of why and how a soap opera is made and viewed, examining the appeal of Crossroads and attempting to locate the programme as part of contemporary popular culture. The result is a revealing, controversial but also very absorbing analysis of soap opera in crisis.” 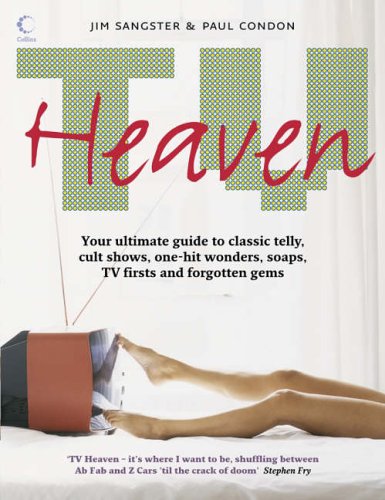 A more recent book by Paul Condon and Jim Sangster is an A to Z of the most popular programmes to be screened on UK television. Crossroads is given a large section of the book, which looks at the original series and the more recent remakes. The publicity for the book states:

“Designed for couch potatoes, telly fans and casual viewers alike, this is an unashamed passionate guide to the most loved, addictive and groundbreaking programmes to have hit British screens over the last 50 years.

“TV Heaven covers just about everything from jaw-dropping reality TV, to the very best drama, science fiction, comedy and children’s programmes, including imports from all over the world.”

That Was The Decade That Was 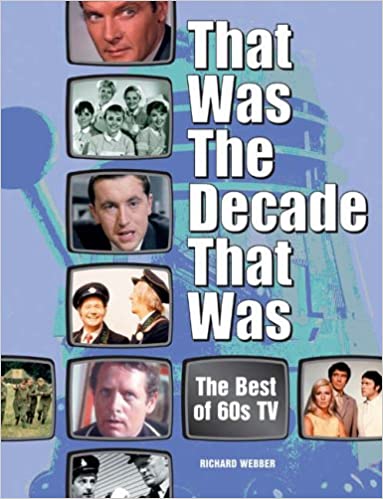 This publication takes a look at the sixties and how television was there as the revolutionary decade changed the way we lived forever.

Written by Richard Webber he takes a look at the television of 1960-1969. If the fifties were epitomised by the polite continuity announcer with his dinner jacket and impeccable RP accent, the sixties were all about loosening those old Beeb ways, and with ITV, the more hip commercial rival, in full swing across the UK the decade saw some of its best-remembered series born.

An extraordinary number of classic shows were born in the 1960s, some of which are still running today – from Top of the Pops and Coronation Street, Crossroads and Doctor Who to stateside offerings such as Star Trek. Many great sitcoms, including Steptoe & Son, The Likely Lads, Dad’s Army and Till Death Us Do Part, were first shown and it was a remarkable era for children’s programmes: Play School, Trumpton, Basil Brush, The Clangers, The Magic Roundabout and Thunderbirds.

Other shows defy categorization: The Man from UNCLE, The Prisoner, That Was the Week That Was and Candid Camera rewrote the rules, and great TV events like 1966’s World Cup Final and the Moon landing in 1969 brought the country together round the television set in a way that had never happened before. This guide provides a quirky trip down memory lane for all classic TV fans.

For Crossroads there is quite a nice section dedicated to the programme and there are also some great colour photographs of the programme.

Firstly we suggest David Jason’s official autobiography, My Life, where he talks about his time with Crossroads, Noele Gordon and the way the series was put together.

On the ‘accusations of bad acting,’ David Jason notes:

“Of course that’s a terribly sweeping generalisation about a series which a lot of the performances and storytelling was really good. In defence of the production staff and the cast most of the shows ‘failings’ to hit the mark were the result of hitting everything in a blind hurry, the series was running at a heart-attack rate of five half-hour episodes a week…

“And yet, for all that, it was a big hit. A television juggernaut, massively popular, the ITV network’s second watched show after Coronation Street and sometimes even capable of nudging ahead of it in the ratings.”

The book is available on Amazon.

Armchair Nation which, like TV Heaven before it, looks at the show from both sides – but most importantly the viewers view of it rather than the critics.

“The different ITV regions showed it out of synch so Crossroads’ Christmases could happen in the summer and vice versa, which added to the sense that the motel existed in a wonky angle to the rest of the universe, unbounded by the linear tyranny of seasons and years.

“During the ITV strike of 1979 viewers had rung ATV daily to ask what was happening at the Crossroads Motel. By the end of the 1970s its viewing figures had exceeded 20 million and it vied with Corrie as Britain’s most popular programme, remarkable for a serial shown before many people had got in from work.

“….Crossroads had long excited conflicting responses. Some of the assumed awfulness was folk legend perpetuated by non-viewers…. not since its earliest days when it was filmed in a disused cinema using theatre flats had the walls of the motel lobby wobbled.”

The book can be obtained at Amazon. 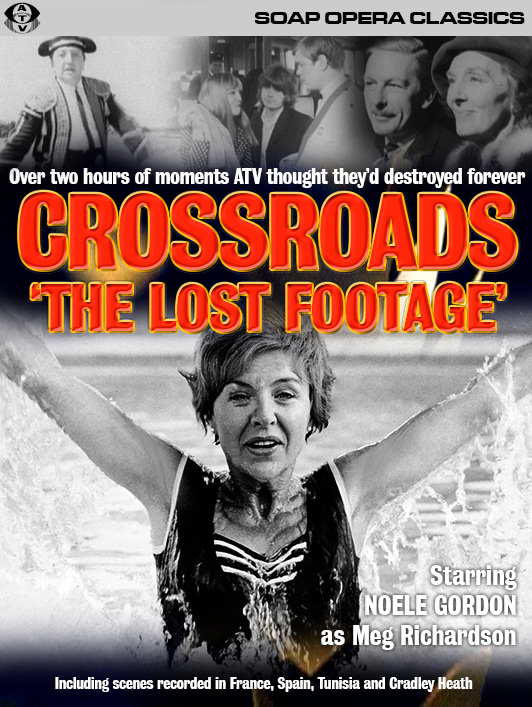 350 questions on the daily saga to test your memory.

“Was the long-running British soap opera Crossroads, compulsive viewing in your house? Can you recall the cast of memorable characters such a Meg Richardson, Sandy and Benny? Was this hugely popular British soap opera one of your family’s all-time favourite TV shows? If so, you are certain to enjoy The Crossroads Quiz Book.”

In what year was Crossroads aired for the first time? Approximately how many months in advance were Crossroads storylines planned? Which character spoke the opening line in the first-ever episode of Crossroads?

Kindle version on sale at Amazon.

My Life at Crossroads by Noele Gordon (1974) (Amazon Link)