ATV Network and the Crossroads Fan Club are proud to ‘Return To Crossroads‘ with a look at the award-winning serial which first aired on ITV back in 1964 and was soon climbing up the television ratings; the show ultimately becoming ITV’s most popular daytime series ever – a record which remains unbeaten. 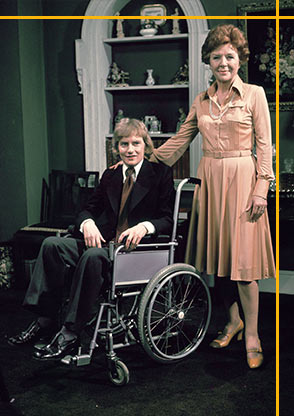 We also look at Crossroads Care, which was founded in the Midlands in 1973 and is now a leading respite charity. The foreword to the DVD has been written by the man who brought the show to life for ATV, Reg Watson.

Reg went onto creating many other serial hits including The Young Doctors, Cell Block H and Neighbours. A newspaper once claimed “Crossroads is the biggest hit of 1965” and the programme went on to be voted “Best ITV programme 1967”.

Throughout the 1970s the series also was bestowed gongs including winning Best TV Programme three years running in The Sun Television Awards. It wasn’t just populist publications; Telegraph readers placed it as their most favourite serial in 1974 too. The show’s leading lady, Noele Gordon, was crowned ‘Queen of Serial’ when she won numerous awards in the TV Times yearly celebration of ITV stars.

It wasn’t all sweet, however. Despite reaching up to 18 million viewers at teatime the UK’s first full-length daily serial was attacked by some critics who compared it to hit shows such as Coronation Street. Corrie at that time only aired twice a week and was produced as a continuous drama serial. Very working-class Britain. Often described as ‘kitchen sink drama’. Crossroads was based on the format of the ‘American Soap Opera’ and was more escapist and melodramatic.

For every critic who hated the show, there were famous faces willing to stand up and defend it. None more so that comedian and presenter Bob Monkhouse who appeared in the series back in 1966 and hosted a Variety Club celebration of the saga in 1980. Other stars to enjoy Crossroads – many who went on to appear in the programme include Sue Nicholls, Ken Dodd, Bryan Mosley, Paul O’Grady, Victoria Wood, Tony Blackburn and Prince Philip who at his request visited the set. 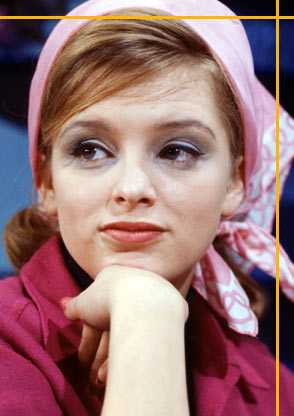 The show was devised to give the Midlands’ it’s own serial, and also to promote the region to the rest of the UK and beyond. Something it managed with much success, Noele Gordon became an international star thanks to the serial. And many West Midland locations were shown off to their prettiest effect within the show, including the Chateau Impney Hotel, Coventry Cathedral, Birmingham City Canal, Baschurch Village, Birmingham Cathedral, Wolverhampton Speedway, Tanworth-in-Arden and Selly Oak to name only a few.

By the 1980s Crossroads wasn’t alone in the soap world – other daily serials arrived on UK screens including The Young Doctors and Neighbours. Despite this the show was still deemed ‘low budget’ and snipes remained. At the same time Crossroads was able to command up to 16 million viewers even though it was still not being shown on the same night or time across the UK. In Wales, viewers saw the Midland serial at 5.20 pm in the North East at 6.00 pm and in the south at 6.30 pm.

Interestingly Emmerdale Farm, which aired at 7 pm, rarely managed to rate better than the ATV series; this rather disgruntled the television watchdog who frowned upon a daytime soap topping the ratings and more so beating prime time ‘more polished’ serials. The IBA said the motel based saga was “distressingly popular.” In the end, Crossroads was revamped in 1985 making it one of the most modern soaps on British television.

The show had always been more glamorous and middle class and this was re-established as the case in the mid-1980s. However Central bosses in the Midlands were fast becoming ashamed of “soap” and decided that drama was to be the future. In 1987 Crossroads was discontinued in order for more drama slots to be allocated to the studios of ATV Centre in Birmingham. 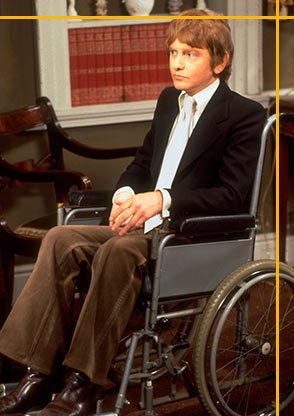 This documentary aims to chart the on-screen and off-screen events that shaped a show that has become a Midland institution while many of its characters have gone into British folk law. The show has, despite being off the air for 30 years, proved to still be fondly remembered with Network DVD releasing over 20 volumes – that’s over 300 episodes – of classic editions.

ATV and the Fan Club are not making any money from this production, the ATV/Fan Club cut of the profit is to be donated to the Crossroads Care (Caring for Carers) charity based in Worcestershire.

This charity – now one of the biggest respite care groups in the world – was founded by ITV and ATV Network in 1973 after a storyline in the soap saw one of the characters confined to a wheelchair.

It soon became clear that families across the country were not getting the support they needed and so ITV and ATV stepped in by launching Caring for Carers with a £10,000 investment.

The documentary began as an idea in 2006, with filming ongoing since 2010.