Crossroads, as with any long-running series, had thousands of characters feature over the years.

In 1979 ATV estimated over 5000 actors had appeared in the programme. Having a central location of a motel saw many more performers appear than other sagas of the time, here we list the key management and staff. 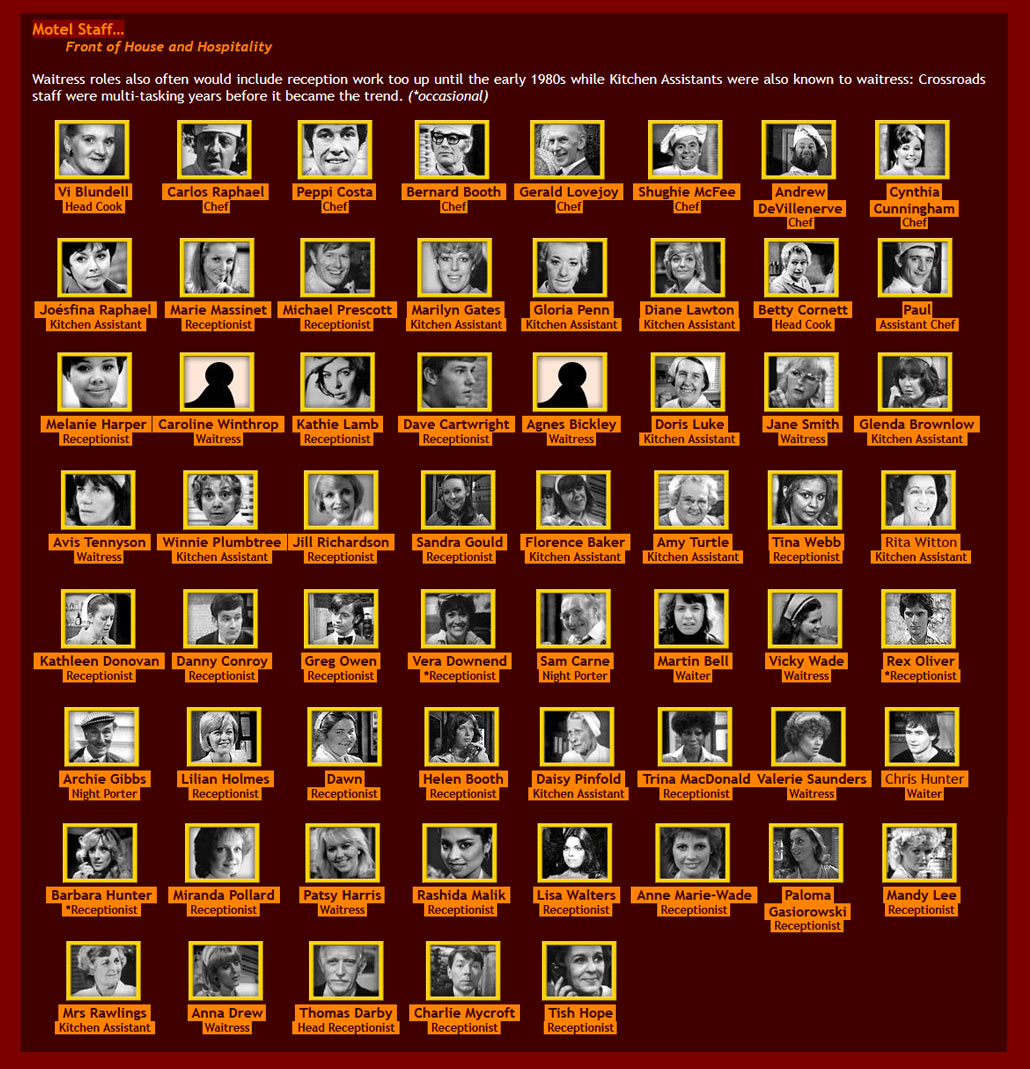 Of course, there are many years worth of characters and its highly possible we’ve missed one or two who should be listed here, feel free to let us know of anyone we’ve unintentionally excluded.