In 1976 a fan wrote to Noele Gordon suggesting that the ATV soap should have a fan club; Noele replied saying she’d love for Crossroads to have its own society. She, herself, had previously been the subject of a fan club during her days as the hostess of live daily magazine show Lunchbox for ATV twenty years previous. 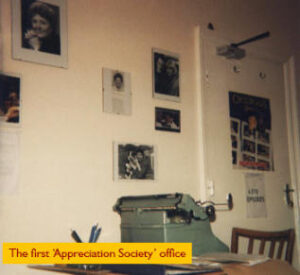 Anne Meredith started the small ‘ATV Crossroads Fan Club’ later in the year. It was a Birmingham-local club which never went national and remained based only in the Midlands. With the departure of Noele Gordon from the series in 1981, out of disgust, the club closed.

In April 1988 the society launched a newsletter, which mainly continued the story of Crossroads where the final episode left off. For many years the newsletters were sent all over the UK and beyond to fans of the series keen to have a little bit of the motel in their lives. The Crossroads Fan Club side of the society deals with public events such as the 25th-anniversary celebrations in 1989.

On launch, it cost £12-per-year to join the club, it’s free these days with the age of the internet, and there were also regular gatherings for fans – mainly in Ross-on-Wye, where Noele Gordon is buried. On the week the society launched we were featured in the TV Times magazine, as well as John appearing on TV-am’s Good Morning Britain, BBC One’s Open Air and LWT’s The 6 O’clock Show. Simon Cole saw John on TV-am and offered to help out with the society; others also became involved, most notably in May 1988 when Central sold-off all the props from the series. Fans bought and donated items to the fan club; notably, the biggest contributors being Peter Kingsman, a friend of Noele Gordon’s, and fan from episode one Kathleen Hudson, a 73-year-old, who became one of the faces of the club speaking on television programmes occasionally in the late 1980s and early 1990s. Kathleen, to many, summed up a large part of the audience who were being neglected by television bosses at the time – the older generation who enjoyed having such programmes to help fill a lonely existence.

Simon and John took the Crossroads Appreciation Society to great heights, for a show that had left the television screens it proved to be greatly missed. Viewers joined CAS in their droves and made it one of the most popular fan clubs in the UK for a British soap. In 1989 the club held a celebration for what was the programmes 25th anniversary. The event was attended by several former cast and crew members as well as being covered in the press locally and nationally. 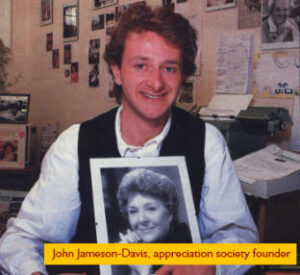 The event was also shown nationally on BBC One and locally on Central Television. Simon, John and Kathleen (Simon’s gran) all spoke in television interviews about the club and the show. During this era, a great help was Stephen Cove, who does a great impression of Noele Gordon. He’d even met Nolly a number of times. At the event, he played ‘Meg’ in a special 25th anniversary live stage episode. Towards the 30th Anniversary of Crossroads Simon and John decided to take a more back-seat role, and with this, the newsletter came to an end – amid much protest from the fans who wanted it to continue, however, it had started to take up too much of their time, and costs were rising; the society had become so popular it was beginning to be a full-time job!

In 1994 CAS took on a new direction. From then onwards the society would keep the memory of the motel alive by collecting items from the soap and protecting the heritage of the series. New boss at CAS, Peter Kingsman, also appeared on many of the Crossroads tribute shows, including the one we helped bring to life: Crossroads 30 Years On; researched by Simon, John and Peter for Central Television in 1994.

The new CAS office was officially opened by Elisabeth Croft, who was at that time the oldest cast member. Elisabeth had played Edith Tatum from 1966 to 1983. The fan club was also very much the campaign body for Crossroads viewers who wanted to see the show return to a television station: Partial success occurred in 1996 when UK Gold gave in and decided to re-run old episodes. The fan club also worked for UK Gold in a research capacity for the re-run. For over 13 years CAS and its members had been writing to television stations asking, begging and pleading to bring the show back. In 1999, Carlton television seriously considered the idea. And in 2001 the show returned.

Peter Kingsman again made numerous appearances to discuss the show including on Channel 5’s Open House, Central Television’s Central Weekend, ITV2’s Soap Fever and ITV’s special documentary looking at the return of the soap, Crossroads: The Comeback. Again the fan club liaised with Carlton-Central in an advisory role, with Peter Kingsman for a period taken on as a paid researcher for Carlton which saw him help with the historic and continuity facts for the new series. 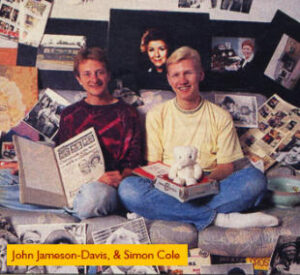 Crossroads was back and CAS had very little to do after that, no longer did Central need to treat us as the Crossroads Public Relation’s department (as they had done since 1988, forwarding any of the soaps enquiries onto the society.) Carlton was now looking after all the Crossroads enquiries, so the society once more changed its focus this time using a modern medium to create an ‘online information point’ for the soap.

Digging into our vaults the website was launched for both old and new fans to learn about the groundbreaking series, its history, cast and storylines. The site was to show the new Crossroads fans just what exactly the serial had been about – and the site would also be a place full of nostalgia for those old enough to remember it the first time around. The Crossroads Appreciation Society website actually didn’t become known as that until October 20th 2003. The new homepage was a combination of some already established websites: Our online sites date back to October 2000 with Return To Crossroads by Ian Armitage and The Crossroads Years by Mike Garrett being the two main pages that were merged into the Crossroads Fan Club and Appreciation Society site.

At this point, some of the archives from the former Midlands-only ATV Crossroads Fan Club (1976-1981) was taken into the care of CAS. In March 2003 it was decided that because the CAS brand had been around since 1988, it was better to re-establish it as the name used for the website rather than The Crossroads Fan Club. So the Crossroads Appreciation Society name was reinstated online.

John Jameson-Davis (aka John Kavyo), who launched the Appreciation Society in 1988 returned to the team along with Simon Cole. They both occasionally offer information and items from the archives to keep the fan club at the forefront at protecting Crossroads’ heritage. John also for a number of years was an admin on the Facebook page for CAS. Peter Kingsman was also still active within the world of Crossroads, assisting with the recent DVD releases and continued from time to time to feature as a spokesperson for the club in the media until 2012.

Mike Garrett continues to produce the online version of the society, with contributors such as Doug Lambert, Tom Dearnley-Davidson and John Drury giving their time to the site and society. But the Crossroads Appreciation Society is not just a website. We aim to archive as much of the history and heritage as possible. Of course, its an expensive ‘hobby’ and everything we have at CAS is either donated or bought by the team here to keep safe (out of their own funds – we have no budget.) 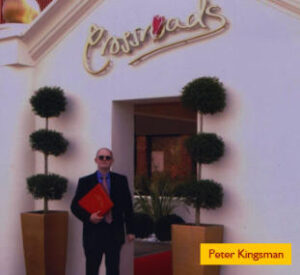 Monday, July 19th 1976 – ATV Crossroads Fan Club is launched in Birmingham. The small society never went further than having fans in the local Midlands area, although it did collect photographs, letters and items from the programme which have been donated to CAS in more recent years.

Wednesday, November 11th 1981 – ATV Crossroads Fan Club ‘closes down’. This is brought about due to the departure of Noele Gordon.

Friday, 3rd July 1987 – Crossroads is axed by Central – Plans are made for the fan club to reopen. During 1987 and 1988 the new fan club team feature on television, newspaper and radio guest spots discussing the new club.

Monday, April 4th 1988 – The Noele Gordon and Crossroads Appreciation Society officially launches – this time nationwide. Central donate documents and photographs. The society has been in operation ever since.

April 11th 1988 – The first newsletters are released. They would be regularly distributed until 1994. May 1988 – John Jameson Davies (As John Kavyo) appears on TVS local news show Coast to Coast to talk about the 100s of letters he’s received since starting the Appreciation Society.

May 9th 1988 – Simon Cole, Kathleen Hudson, Peter Kingsman and John Kavyo attend the Central auction of Crossroads items in order to buy important props to store in the society archive. Obtained for the collection included such gems as the bureau from the motel sitting room, furniture from the Chimney’s set (home of Jill Chance), the original motel sign and further photography.

November 1994 – The Crossroads Appreciation Society and Central Television celebrate 30 years since the first episode aired with a special documentary which airs on ITV. (Broadcast on various dates across the ITV regions.) Peter Kingsman also appears on local news in the Anglia region to mark the date.

October 2000 – The first website from the fan club goes online.

Monday, November 15th 2004 – The Crossroads Network is launched bringing all the Crossroads websites together with one forum and webring. It’s part of the 40th anniversary online celebrations for the serial.

March 2005 – Crossroads on DVD. As part of the 40th celebrations Network DVD and Granada Ventures release classic episodes of the motel saga on digital video discs. The fan club provides additional material and photographs for the release. The DVD proves so successful more followed.

November 2nd 2014 – Crossroads celebrates its 50th Anniversary, a CAS gathering is held at Penns Hall Hotel (exterior of the Crossroads Motel 85-88) with ITV Central News joining the club and cast to share memories of those years the show was on the air. The Central News feature also contained a ‘mini-reunion’ episode with Jill and Adam Chance (Jane Rossington and Tony Adams).