From December 1969 this is the operation schedule for ATV Centre in Birmingham looking ahead to production allocation for January to March 1970. In the sixties, seventies and eighties Crossroads, as all serials, would not have permanent studios allocated. Instead  – as seen here – Crossroads would share Studio One with, at this time, other productions including The Golden Shot game show.

It also shows when fewer sets are required for the programme Crossroads would utilise the smaller Studio Two. Studio Three was never used for the serial, it was home to regional news and children’s programmes as seen here Team at Six (the short-lived replacement for news show ATV Today) Jean Morton hosted female-focused magazine show Women Today and her children’s series Tingha and Tucker (T&T). Studio Three however would be seen in Crossroads: 30 Years On with Jane Rossington presenting the programme from that facility. 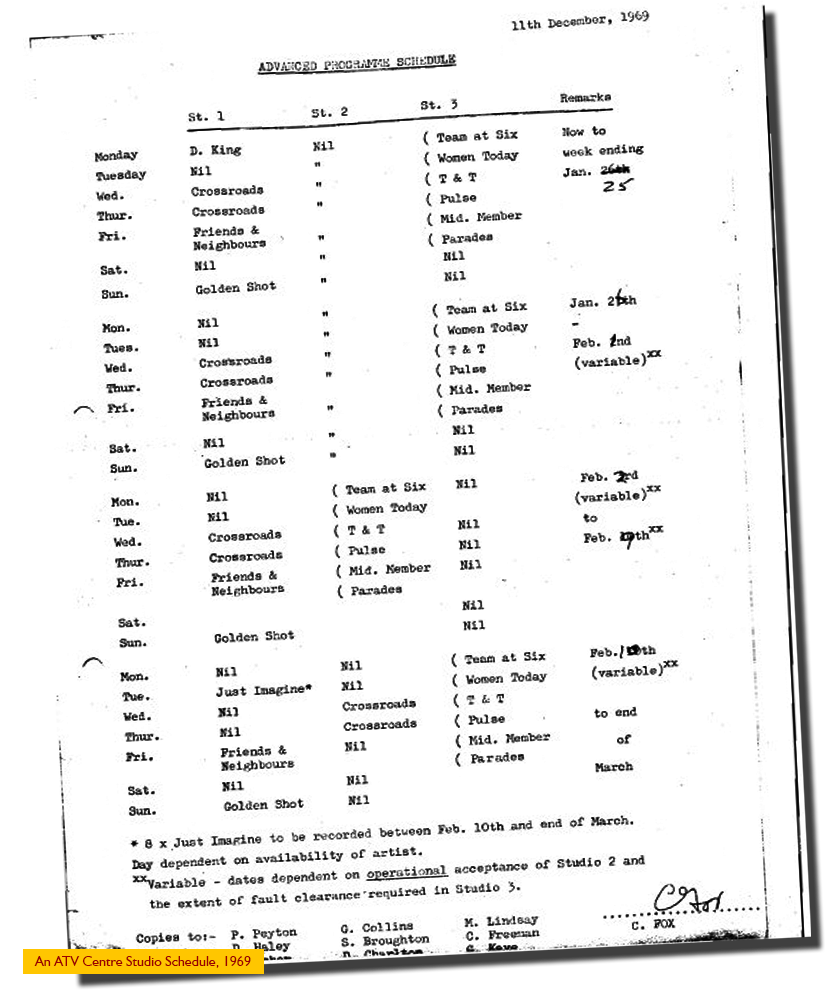