The Bear and Ragged Staff

The origins of these emblems are lost in the distant past but have been associated with the earls of Warwick since at least as early as the 14th century. William Dugdale, writing in the 1650s, said that Arthgal, an Earl of Warwick at the time of King Arthur, thought that his name came from the Welsh “artos” or bear. 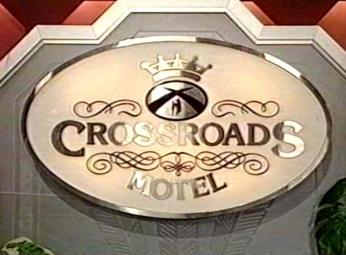 He also suggested that the ragged staff was chosen because Morvidus, Earl of Warwick, killed a giant with the broken branch of a tree. Of course, neither of these earls really existed and Dugdale was just recalling medieval legends.

The bear was a common heraldic device and implied boldness and courage. The bear and the ragged staff were first used by the Beauchamp family, who became earls of Warwick in 1268, as a badge or mark of identity in addition to their own coat of arms. At first, the emblems seem to have been used independently.

The bear alone appears on the tomb of Thomas Beauchamp I (died 1369), in the chancel of St Mary’s Church in Warwick. In 1387 Thomas Beauchamp II (Earl from 1369 to 1402) owned a bed of black material embroidered with a golden bear and silver staff, which is the earliest known occurrence of the two emblems together. His great seal of 1397 depicts the Beauchamp coat of arms between two bears, and his privy (or private) seal of the same date a bear on all fours with a ragged staff behind.

The great seal of his son, Richard Beauchamp (earl from 1402 to 1439), has a crest supported by two bears each holding a ragged staff. His tomb (in the centre of the Beauchamp Chapel on the south side of St Mary’s Church) has an inscription in which the words are separated alternatively by bears and ragged staffs. Richard is known to have used banners embroidered with bears or ragged staffs, though apparently not the two combined.

Another Earl of Warwick to use the two devices together regularly was Richard Neville, the “Kingmaker”, who married Richard Beauchamp’s daughter and heir. From at least as early as 1454 he used a seal bearing the impression of the bear and ragged staff to authenticate deeds and letters. However, he also used them as separate badges: in 1458 his retainers are recorded as wearing red coats with silver staffs only embroidered front and rear. Robert Dudley, Earl of Leicester, a favourite of Queen Elizabeth I, and great-great-great-great-grandson of Richard Beauchamp, is known to have used the combined device of the bear and ragged staff frequently.

It can be seen in many places on the walls of the Leicester Hospital in Warwick, which he founded in 1571, and on a chimneypiece in his castle of Kenilworth. Inventories of the furnishings of the castle mention cushions, bedcovers, and bookbindings decorated with the design, and his suit of armour (now in the Royal Armoury) is heavily decorated with ragged staffs. In 1759 Francis Greville, Earl Brooke of Warwick Castle was created Earl of Warwick (the Greville family were distantly related to the Beauchamps, and had acquired Warwick Castle in 1604). The following year Francis obtained a grant for himself and his heirs of “the crest anciently used by the Earls of Warwick”, that is “a bear erect argent, muzzled gules, supporting a ragged staff of the first”. 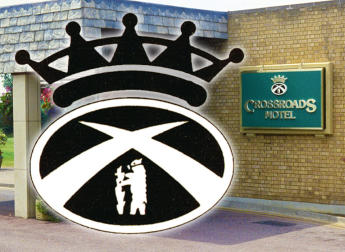 This crest has been used by the earls of Warwick to the present day, but over the centuries has also come to be associated with the county. Thus the 1st Warwickshire Militia regiment (originally raised in 1759, but reorganised under the Earl of Warwick as Lord Lieutenant in 1803) bore the bear and ragged staff as its collar badge until attached to the Royal Warwickshire Regiment in 1881.

The Warwickshire Constabulary (founded in 1857) also adopted the bear and ragged staff as their badge. Warwickshire County Council (formed in 1889) obtained the permission of the Earl of Warwick to adopt the bear and ragged staff for their common seal in 1907, and many other organisations have since followed this lead. The Cross-Crosslets The “three cross-crosslets gules on the chief or” in the county’s arms are taken from the arms of the Beauchamps, who were earls of Warwick from 1268 to 1449.

They are perhaps the most famous of all the families which have held the earldom of Warwick, and this together with the worldwide fame of the Beauchamp Chapel in St Mary’s Church in Warwick makes the inclusion of their arms in the County’s armorial bearings particularly appropriate.

The Mural Crown The crown over the shield is known as a mural crown because it looks as if it were made of stone. Mural crowns have battlements to resemble the walls of a medieval town. The symbol is commonly used in the arms of county or borough councils. Use of the Coat of Arms These arms are specific to the County Council, and may only be used by it. However, the bear and ragged staff are widely used to denote a connection with the county and there is no restriction on its general use, provided that it is not identical to the versions used by either the earls of Warwick or the County Council.

If you wish to use the line drawing the usual colouring is silver bear and staff, with a gold collar and chain, and a red muzzle, standing on a red background. Please note that the bear should be muzzled and chained to distinguish it from the crest of the earls of Warwick, where the bear is muzzled but not chained.