Estate of Patrick Jordan to go under the hammer next month. 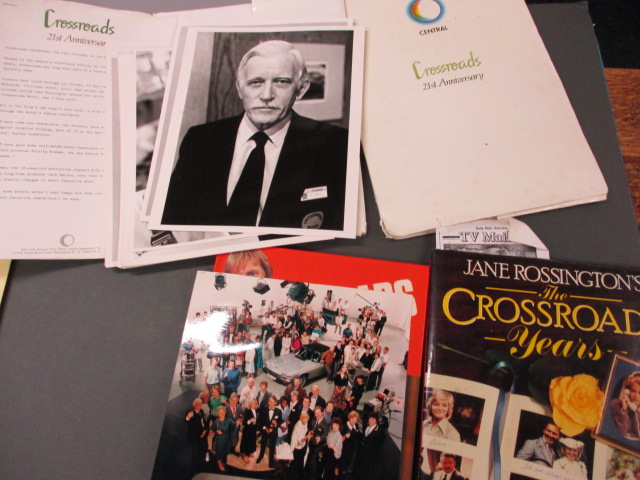 The actor had a couple of roles in Crossroads but is best known as Thomas Darby the loyal ‘right-hand man’ to Nicola Freeman (Gabrielle Drake) between 1985 and 1988.

“We have just cleared the estate of actor Patrick Jordan and come across a large number of letters, photos and scripts all relating to Crossroads. Included is a Crossroads motel menu signed by numerous cast members. This is going as one lot in our auction on November 13th 2021.

“In addition to this, we have hundreds of other items from the estate relating to films and TV shows.” – Robin Stone, Director Clare Auction 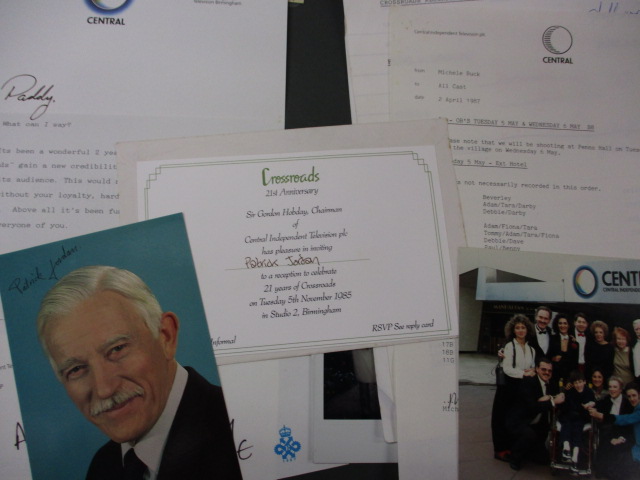 Born Albert Patrick Jordan on the 10th October 1923 in Harrow, Middlesex, the son of Margaret, a cook, and Albert Jordan, a regimental sergeant major. He made his theatrical West End debut in the 1946 production of Richard II at the New Theatre, staged by the Old Vic. There were several other Shakespear roles with the Old Vic and many other theatre works over his years in showbusiness. 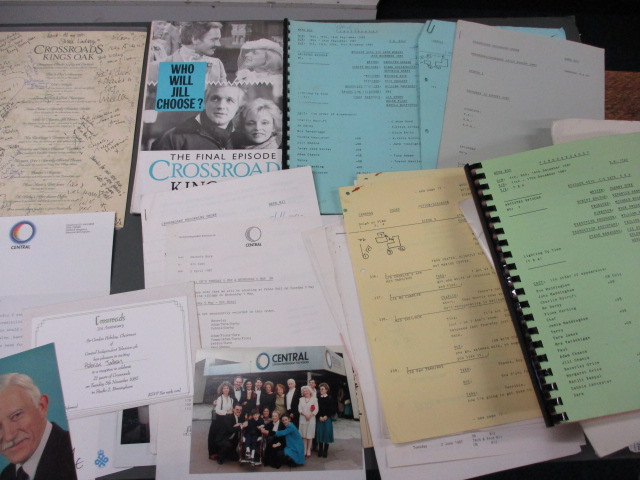 Patrick first appeared in Crossroads in the late 1970s as Detective Inspector Lindsay, a recurring role that saw him investigate a couple of Kings Oak crimes, notably the death of Linda Welch (Lesley Daine) with Benny Hawkins (Paul Henry) the key suspect – leading to the ‘Benny is Innocent’ campaign seen in newspapers and across buildings at the time in banners and posters – to the shooting of David Hunter (Ronald Allen) in 1980 by his ex-wife Rosemary (Janet Hargreaves). 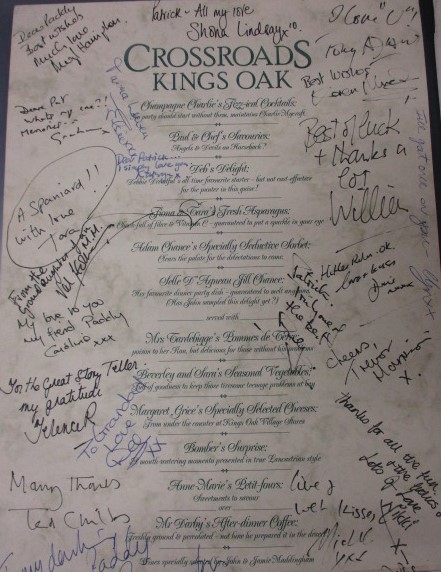 He however returned in 1985 when the series was revamped with a new look, and several new characters led by Gabrielle Drake as Nicola Freeman. The motel had been taken over by Major International Hotels (a chain first mentioned in 1970 when John Crane had worked for them) and with that take over Patrick’s character of Thomas Derby relocated to Kings Oak.

Patrick retired in 1995 and died on 10 January 2020, at the age of 96. His wife, illustrator Margery Gill, predeceased him in 2008. They had two daughters, Tessa and Ros (died 1996). He was survived by his elder daughter, four grandchildren and nine great-grandchildren. From 1969, he and his wife lived in Alpheton, Suffolk.

The auction of items from his estate takes place on November 13th 2021 – www.clareauction.com