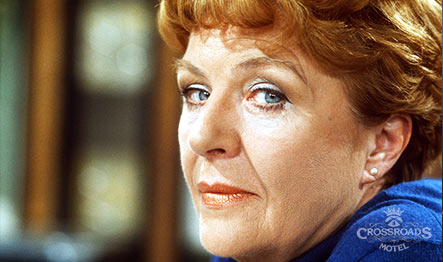 Episode 2301 from April 1975 – Meg and Hugh’s big day finally arrives as they tie the knot and bring Birmingham to a standstill.

Episode 2868 from December 1977 – Benny, Carney and Jane rush to the hospital after Maureen is hit by a car. Jane confesses to Sandy that she’s having Anthony’s love child. Sandy brightens the mood by announcing his engagement.

Episode 2869 from December 1977 – Sandy is still basking in the glow of his engagement announcement. Kate is pleased with herself when Tony asks her out for a meal. Carney and Ed try to cheer Benny up but fail miserably when he announces that Maureen has just died.

Episode 2870 from December – Carney and Ed are concerned for Benny’s mental state. Benny visits Maureen’s family to break the bad news. Kate asks David if he minds her getting a second job at the casino.

Episode 2660 from December 1976 – David gets frisky with Vera when he discovers her wearing a mistletoe brooch. Benny regales the house with a burst of God Rest ye Merry, Gentlemen while Stan gets a turkey-related shock from Jim.

Episode 3069 – from December 1978 – Christmas day in Kings Oak sees the residents gather at the village church for their festive celebrations. Helen Booth, however, is in a far from merry spirit. Adam Chance and Jill Harvey meet for the first time.

End of an Era

Episode 3530 from November 1981 – David and Meg reach a parting of the ways. The motel is engulfed in flames, a day before bonfire night.

Episode 3531 from November 1981 – The motel management and staff are reeling at the destruction of the Crossroads Motel. Meg is feared deceased.

Episode 3533 from November 1981 – Jill gets an unexpected call, that sees her rushing to Southhampton. David begins to worry about Jill’s state of mind. Meg makes a surprise return from an assumed firey demise on the QE2.