The 20th anniversary since Crossroads was relaunched by Carlton Television has been marked online.

The Crossroads Fan Club and cast members of the 2001-2002 series have been reflecting on the reborn soap opera two decades since it returned to ITV screens in a blaze of publicity. 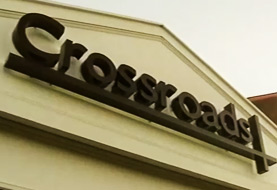 The series was revived by Carlton Television in Nottingham, the company having taken over Crossroads’ rights owners Central Television in the ’90s. Production began on the ‘mark two’ version of the saga in November 2000 and reunited Jane Rossington, Tony Adams and Kathy Staff who reprised their roles of Jill, Adam and Doris.

New names who proved popular with viewers included Julia Burchell as Nicola, Neil Grainger as Phil and well-known names from the acting world such as Jane Gurnett as Kate and Roger Sloman as Rocky.

A half-hour documentary, several Central News features and endless newspaper articles heralded the return of Crossroads to ITV screens and on its first outing five million tuned in, a prime time repeat on March 7th pulled in nearly ten million viewers. And while the show was the 4th watched UK saga for its run behind Emmerdale, EastEnders and Coronation Street – ahead of Hollyoaks, Night and Day and Brookside – it failed to bring in enough viewers for Carlton top bosses, they wanted more than the regular 3 or so million it drew. 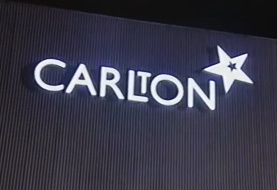 The programme ultimately ran for 320 episodes, ending in autumn 2002. A further attempt at bringing the motel-based saga back to life was attempted by Carlton in 2003, and proved completely unsuccessful, running for less than 100 episodes.

“20 years today!!! Wow. Feels like a lifetime ago“ – Neil Grainger, who played Phil Berry in the series speaking on Twitter

The Carlton Studios in Nottingham closed a few years after the demise of Crossroads, and are now owned by Nottingham University. The studio Crossroads used to occupy at the site was recently repurposed as a Coronavirus vaccination centre.